Just Rigging & Inspections is a specialist in the inspection, service, maintenance and certification of LOLER and PUWER-regulated equipment in the entertainment and events industry. Its long-standing clients include attractions such as Alton Towers, Hammersmith Apollo and The Roundhouse in London, and Theatre Royal Newcastle.

A new system developed by CoreRFID and based on its popular CheckedOK software has enabled faster digital production of documentation required for health and safety and insurance and has reduced certification admin processes to a matter of hours. It has also reduced costs for clients and has become an integral part of its service offering. 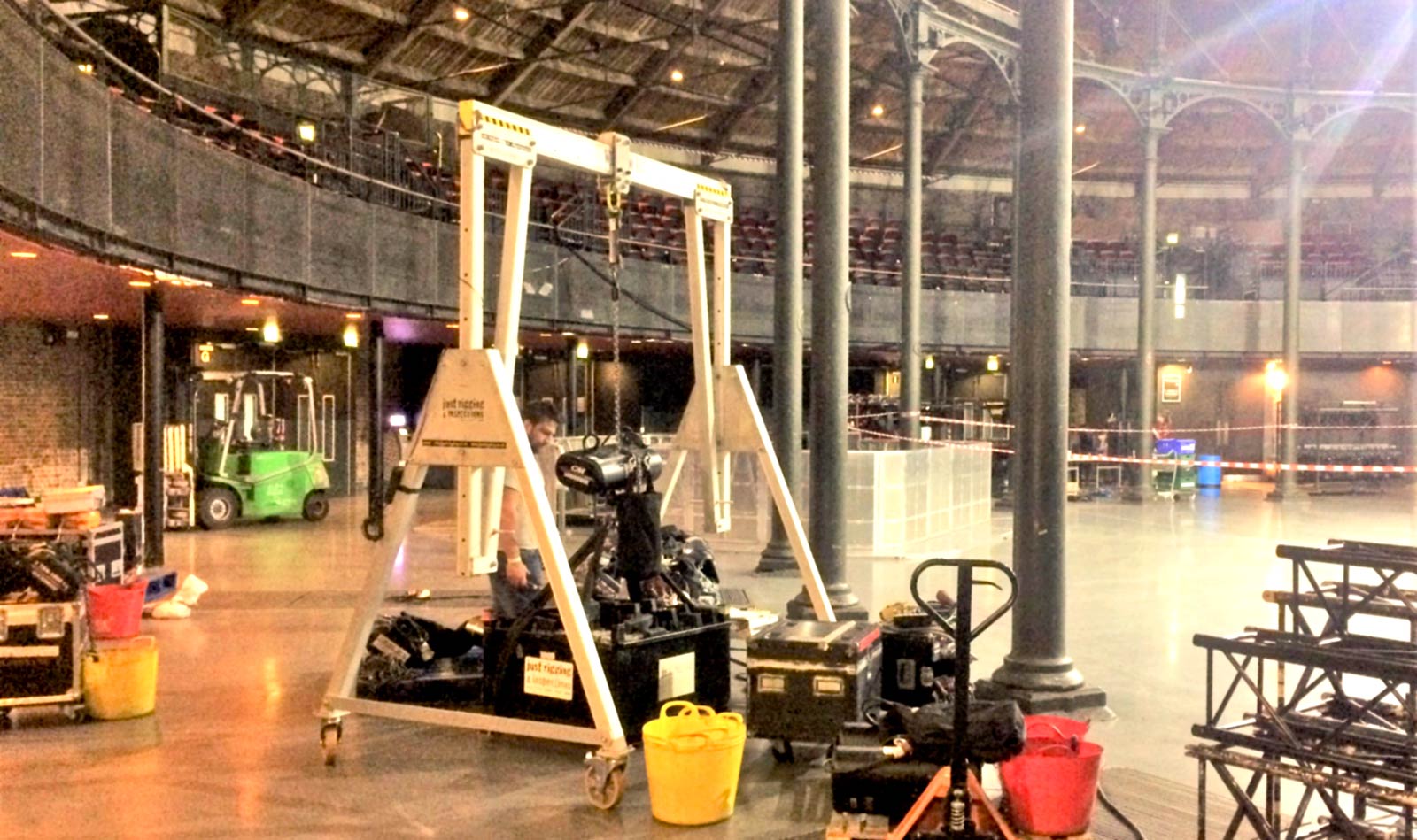 “The new solution pushes us up a level in the market, offering unrivalled speed and accuracy at a time when paper-based systems are commonly used in the industry. It also reduces long-term costs to our clients. This is just one of the ways we are keeping the bar raised.”

In the field of entertainment, events and sports there can be no margin of error when it comes to protecting public, staff, performers and those installing sound, lighting and scenery rigs. Safety is vital and so too is completing work on time and budget because of the tight deadlines involved in staging performances and sporting events.

Just Rigging works exclusively within the entertainment and events industry and has built a reputation for personal service and reliability.

Installations of equipment for live entertainment and sporting events need to follow LOLER, PUWER, COSHH, WAHR and PPEWR Authority guidelines. In addition, the National Arenas Association, which represents venues with a capacity of over 5,000 attendees, publishes its own standards for suppliers.

The various inspection and certification requirements are commonly handled using manual systems, however Just Rigging was looking for an improved system that would allow it to operate more efficiently and share the results of inspections with clients.

The CheckedOK system was able to achieve this and is now an integral part of the service offered to customers and can be accessed through a portal on its website. As Just Rigging’s site states, the system “automates the inspection scheduling process, collates information and gives you instant access to your data, reports and asset register”.

CoreRFID tailored its off the shelf CheckedOK software to Just Rigging’s requirements. The system enables engineers to quickly build, update and instantly analyse asset registers for kit such as hoists, truss, shackles and rigging accessories used in entertainment venues.
Just Rigging now plans to roll out the new system to its client base of venues and production companies.

First launched in 2010, CheckedOK is now one of the market-leading LOLER inspection software systems, offering capabilities such as collecting data using handheld computers, tablets or mobiles which can be downloaded almost instantly from remote locations back to clients’ headquarters. 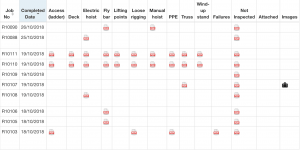 Users can speed-up critical inspections without having to compromise on safety. The solution has proved itself in improving safety management, reducing equipment failure and accidents in heavy industries. But CheckedOK is easily adapted to new environments and CoreRFID is happy to work to create customised versions of the system, tailored to a client’s particular industry and working practices.

CoreRFID’s system was designed so that it could be adapted to new industries. It is already used in lifting, construction, engineering, marine and insurance inspection applications. Adapting CheckedOK to the needs of theatres and music venues where equipment safety and documentation are equally important was straightforward. 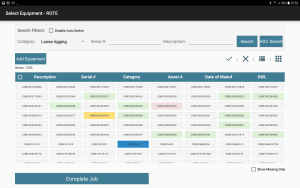 CheckedOK enables engineers to easily collect and access inspection data using handheld computers, Android. iOS and Windows tablet devices or mobile phones and so reduce human error as well as speeding-up the process. In this case, the system was implemented using ruggedised, Android-based tablet computers, equipped with RFID readers. These will allow Just Rigging to automatically identify equipment using high frequency RFID tags when they implement this aspect of the system. A strength of the CheckedOK solution is that it can be used with or without RFID tags, allowing customers to introduce technology as and when they need to.

The system generates the necessary reports, certificates and, if necessary, warning emails, automatically. The ability to deliver these 24 hours a day, 7 days a week is also valuable in this industry.