What do you do when the performance of an RFID logistics application fails to come up to expectations?

It may not be the technology that is at fault but if it is there are many variables that need to be explored. Is the right combination of tags and readers being used? Is the software operating correctly with the devices installed? Is the hardware set-up organised in an optimal fashion? 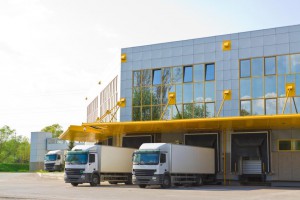 Answering these questions needs a level of technical skill and understanding of RFID technology often not available to the users of the technology. That’s why CoreRFID offers independent, installation audit consultancy services that allow users to validate their RFID implementations. This is a case study of a real life project for one of our clients.

Using electronic tags on vehicles as a way of automatically identifying their arrival at a loading point or delivery depot is a recognised way of achieving better information about the whereabouts of vehicles. Information from systems like this can be used to improve fleet utilisation and can ensure that drivers are quickly informed of their next routes. However, such systems need to operate to a consistent, high level of reliability to provide data that the users can have confidence in.

If a system is consistently failing to recognise tag data, user trust is quickly eroded and data obtained is, quite reasonably, ignored, negating the benefits of investing in the system in the first place.

Unfortunately RFID logistics systems involve a number of variable factors which can, together, conspire to cause problems. This complexity (resulting from factors such as tag design, reader design and antenna, tag orientation, antenna specification and location, software design and performance to name just the most common) can make performance problems difficult to diagnose and can make it difficult to determine the right approach to take in order to resolve performance problems.

The Application & The Audit

The installed system involved the use of UHF RFID readers positioned on the inbound and outbound lanes of the loading bays at a vehicle depot. These were intended to detect the passage of vehicles each carrying two UHF RFID tags with identical EPC codes mounted on either side of the drivers cab.

The audit involved an evaluation of the current installation of readers and tags and a series of measurements of the current system and the system in a possible revised configuration.

The initial examination of the installation revealed a number of issues that were contributing to the poor performance of the overall system. Some of the vans had different versions of the tags (with different performance characteristics) on each side. Tags were not always mounted in consistent locations (making the location of antennas sub-optimal) and in some cases tags were fitted adjacent to metal framing that could result in interference. There were examples of tags using the wrong standard frequency (FCC rather than ETSI compatible) and in one case a tag was found that had no active RFID inlay!

As a result of this consultancy project CoreRFID was able to provide the client with specific advice on actions to allow the system to achieve its expected performance levels (many of which apply generally to RFID logistics systems). Recommendations made included: