MX Group is the UK’s leading manufacturer of shower trays and its manufacturing plant in Gloucestershire is the most automated of its type in Europe, producing 8,000 trays a week.

Trays are manufactured using moulds which are filled with resin and fired in curing ovens. The company has 1,000 moulds in total consisting of over 200 different types and sizes. Each product requires a different quantity of resin, and a different firing and curing time.

MX Group wanted to improve efficiency and optimise the  use of moulds to meet production targets, improve the reuse of moulds and save expensive raw materials. CoreRFID was commissioned to design a system that could give the company better control of the production process. 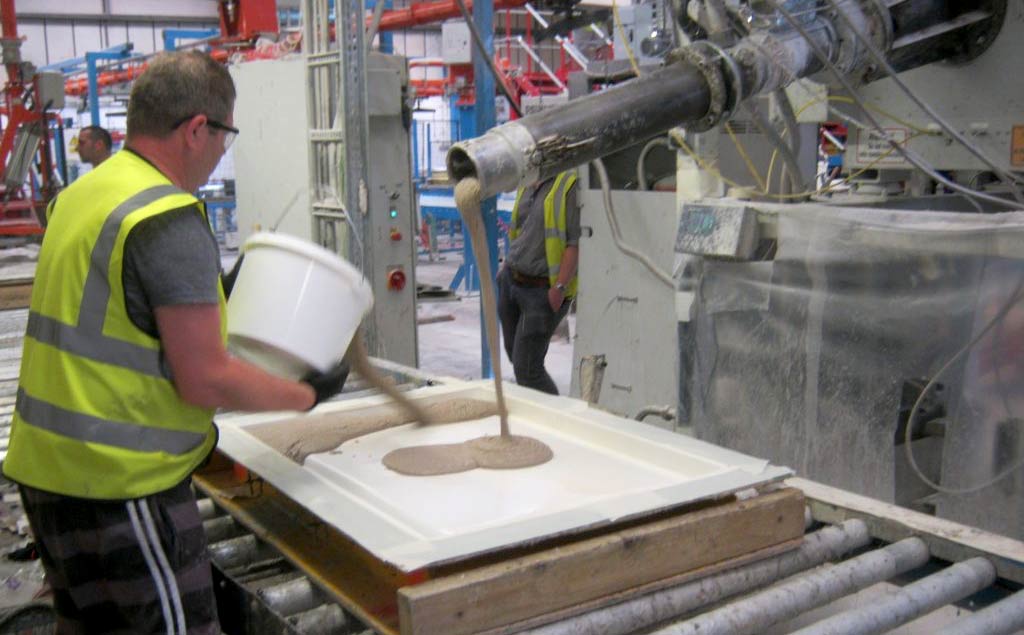 “RFID gives us better control of our manufacturing process. CoreRFID has worked closely with us, helping to create a system that works well on our existing production lines.”
– Dan Britton, general manager, MX Group

Tags help track products all along the line 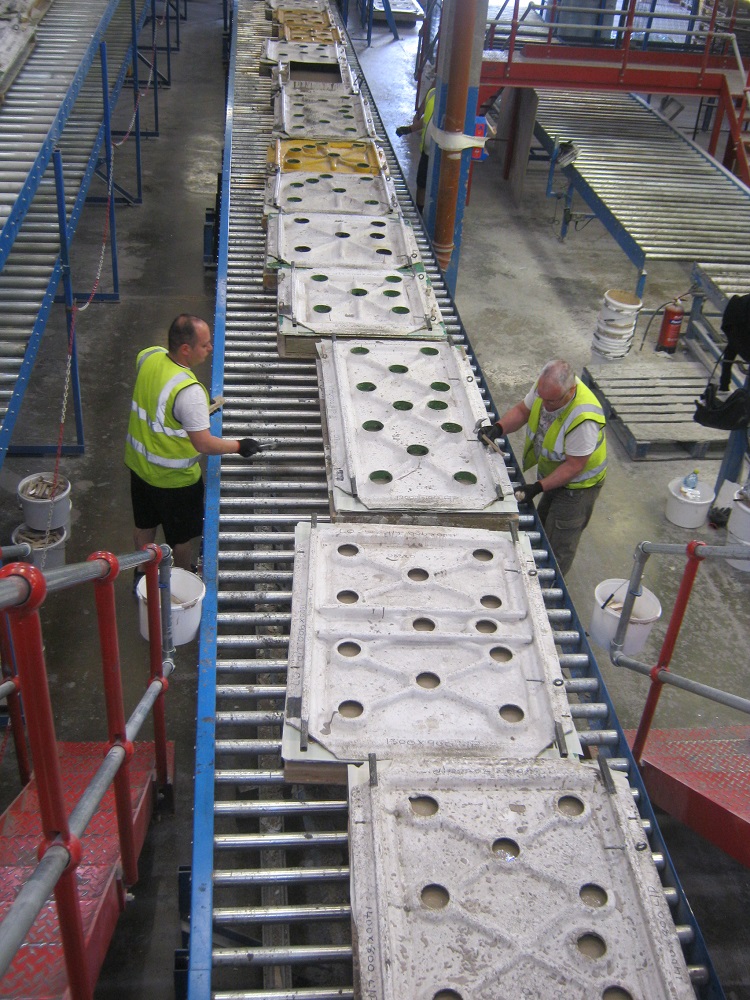 CoreRFID set out to design a system which would automatically recognise and track each tray mould as it progressed through the production process. Each mould has its own RFID tag, identified by fixed-point readers installed at two critical points on the manufacturing line – where resin is added and when the filled moulds approach the curing ovens.

As the moulds reach the first point – where they are about to be filled – the RFID reader identifies the type of mould from its tag. The system then links with the industrial weighing terminal to specify the exact quantity of resin required,  avoiding wastage.

At the second reading point, where moulds are approaching the curing oven, the fixed-point reader again reads the tag and alerts the operator so that the correct shell can be combined with the tray prior to curing.

The high-temperature RFID tags are designed to withstand the process and can be used over and over again.

The system gives much more detailed management information including data on asset usage and production efficiency, which was previously unavailable. It also reduces resin wastage and damage to moulds and gives the information required for improved production planning.

CoreRFID also developed a user dashboard, with enquiry and reporting facilities, so that MX Group staff can analyse the data and produce graphs and charts showing each individual mould’s utilisation.

The database is hosted by CoreRFID on behalf of MX Group, which minimises the impact on the company’s infrastructure.